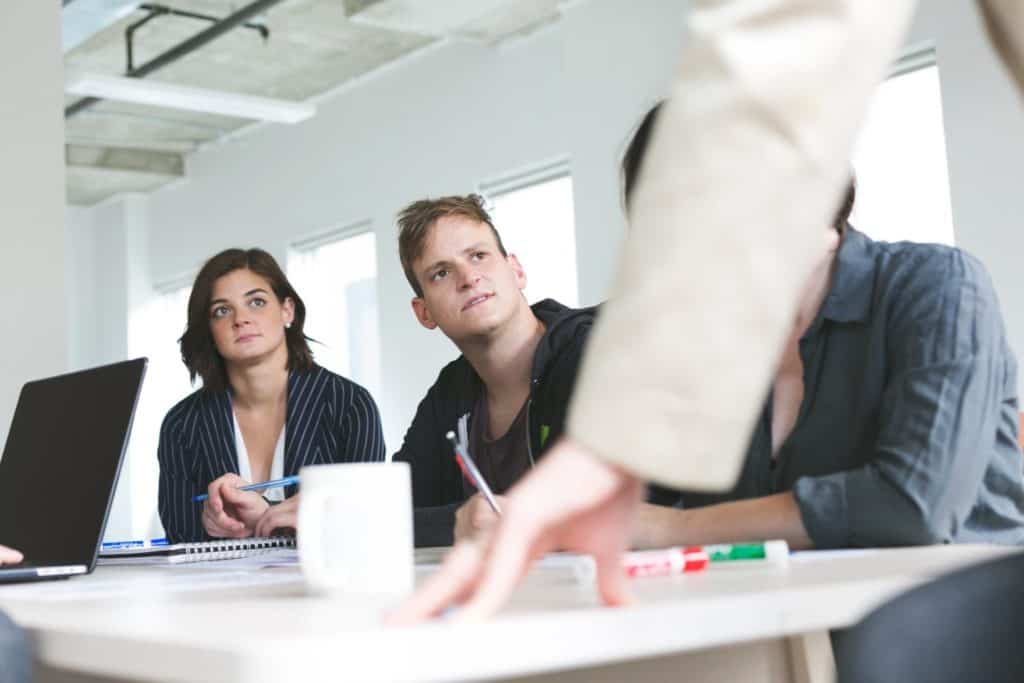 Imagine you are a manager and you are called to a meeting by your boss to talk about team building. You walk into a room and are introduced to Fred, the ‘team building guy’. Oh, and all your peers, including the marketing guy that you hate and the HR woman that you have no time for are looking at you. The meeting objective is to ‘hash things’ out.

Fred, a.k.a. Captain Obvious, moves into facilitator mode. ‘So, tell me what is going on and why you guys are not working well together. Let’s talk about why we can’t get along.’ Seriously, you are being asked to bare your soul in front of everyone and admit that as leaders you are not working well together. You feel like there is a big red bullseye on your forehead and in front of you is a dart gun, you look around the room and everyone is doing the same.

Across the room, the marketing guy smiles like a shark and says ‘… well when I work with others, they just don’t deliver what they commit to.’ You cringe and have a choice to make. Either you throw down and get it on, or you clear your throat and think of something politically correct to say, avoiding the issue altogether. Kind of like your wife is asking if her too tight pants make her look good. You can lie or you can die.

Two frustrating hours later, everyone walks out of the room, vowing never to this again. Now, in addition to not trusting your peers, the respect for your boss has dropped to an all-time low. Issues that were simmering are now packed down tightly, never to see the light of day. As time passes, the team gets better at undermining one another in pursuit of personal agendas or internal competition. Back-stabbing, gossip, withholding information, and other tactics make life at work miserable. A year later, three of the team have quit in frustration, and the newbies are frustrated as to why there is so much infighting. The cycle continues.

How do you create harmony and alignment without firing everyone and starting from scratch?

We have discovered that team performance is less about the people and more about the business environment. Teams break down for reasons directly related to the conditions they are in. Classic examples include:

How many of these issues sound familiar and yet no one has been able to name them, let alone fix them?

Any one of these can cause a team to go off the rails. Holding a ‘come to prayer meeting with Fred’ or simply telling people to play nice will not address the root issues. A different, business-focused approach is needed to align people around the business, not personal issues, that need to be addressed and solved.

Don’t get stuck admiring the problem.

We’ve learned that it is important to start with the belief that you have a good team of people who inherently can get along. From there, we work with the team to surface the symptoms of the friction. What is going on? Get the team to identify the issues. But ONLY long enough to identify them. Getting caught in the trap of a gripe session and admiring the problem will be like a throw down at a wrestling match. With the underlying issues out in the open, we begin to address these structural barriers and fix them. If your bathtub is about to overflow, the answer is not to get mops and towels at the ready. There is something fundamentally wrong. Turn off the water, open the clogged drain. These are fundamental structural changes that can be made. Look beyond the gushing water and get to the underlying issue.

Are you ready to address the underlying issue getting in the way of team performance?

At LeaderShift Insights™ we work with people and their teams to dramatically improve their ability to perform so that business results are delivered. Over the last 10 years, we have worked with organizations such as the Mayo Clinic, BCBS Illinois, Oracle, Johnson & Johnson, Home Depot, J.M. Huber, Ingredion, and many others.

If you are done with Fred, call us for a 20-minute conversation on how to get your team permanently on track.