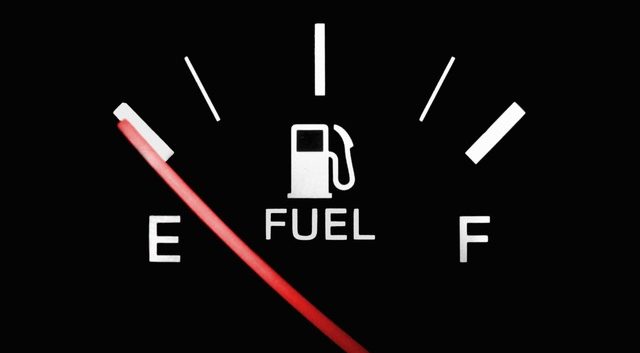 “Authentic leadership is revealed in the alignment of what you think, what you say, and what you do.” – Michael Holland

When life is hard or any sort of disruption hits, we have a finite amount of energy with which to deal with it. Think of this as a gas tank in a car. It is a tank of energy that is available for whatever you are facing. Our tanks are different sizes, based on the amount of resilience we have, but each of our tanks holds a finite amount. When the energy tank registers, “empty,” it’s gone. At that point, we are burned out, tired, and no longer effective. We need to build resilience so there is enough energy in the tank when things get difficult and reserves are required.

When we are being authentic, we use a minimal level of energy. We don’t have to think about how we should respond to things. When the image we are projecting is not natural, we expend more energy. We adjust, measure, and gauge our reactions according to how we want to appear to others or what is politically acceptable. All this planning and calculating drains the tank faster because it requires more energy. It also drains organizations of valuable time.

As we know from personal experience, organizations are not exempt from being inauthentic and “hiding” behind an image. Have you ever worked for a company that prided itself on customer service and wouldn’t spend enough money to really serve customers well?

An organization’s ability to thrive when things get hard depends on their resilience which is a function of their authenticity and attitude. It’s important because it is the first line of defense when things get tough and it minimizes the stress that inherently comes with maintaining an image, allowing all that energy to go to dealing with the disruption effectively.

The Test for Organizational Authenticity

An organization’s authenticity and attitude are more accurately reflected in their company culture. A company’s culture determines if the work environment is organized or chaotic, how well people work together, and whether the focus is on the team or individual.

Organizations can invest a lot of time and resources to define their culture, but defining an ideal culture does not guarantee that it will be adopted and implemented.

There is a simple and sometimes humorous test we have used with to test whether their people really believe the things the organization says about itself. We use the “snicker test” to measure authenticity. We ask for the documents and “cultural artifacts” clients have already developed such as their mission, vision, values, principles…all the things that show up in fancy graphics lining the walls of conference rooms and offices.

The snicker test is simple. We collect all the artifacts, put them on a table and ask people to think of the last five decisions that were made by their team, boss, or leadership. Then we ask, in light of those decisions, what makes you snicker. The exercise requires a courageous leader and bit of preparation to create a safe space for people to speak, but in the end, we’ve yet to meet a CEO that wouldn’t like to know where the organization is not being authentic. And if asked, employees will tell us.

The Dangers of Inauthenticity

The snicker test can prompt, well, snickers. But it has a very serious purpose. When something fails the snicker test, it indicates an organization is actively projecting to the world something different from the reality of living in their culture. This is a problem, not only because it is a reason for employees to snicker, but also because the effort spent keeping up an image produces two real dangers.

Corporate authenticity happens when an organization’s behaviors and visible decisions are in alignment with who or what the organization says it is. Remember how Johnson & Johnson handled the tainted Tylenol scandal? Seven people died from malevolent tampering. But their senior leadership, headed by chairman James Burke, formed a strategy team and began not with the question “how do we save the product and our profits?” but rather with the question, “how do we protect the people?” The result is a case study in successful, proactive, authentic leadership.

In times when we really need to be resilient, in a moment of crisis, we need all the reserves we can muster. There is no extra margin. With the pace of change and the complex nature of adaptive challenges leaders face today, organizations cannot afford to allow managing their image to drain the tank sooner. Being aware of when teams are being authentic, or not, helps organizations to stop wasting time on maintaining an image so that they will have the reserve left in their tank when we need it.

If your organization or leadership team can benefit from building resilience, call us. It’s what we do.

*This is an excerpt from Resilience: It’s Not About Bouncing Back, a new book by Jennifer Eggers and Cynthia Barlow scheduled to be released this spring. More details on preorders coming soon.