One Too Many Mergers? 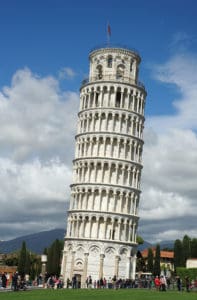 Strong economies bring growth which inherently brings change. To achieve growth, there has been a significant increase in mergers and acquisitions over the last several years.

While mergers and acquisitions clearly grow organizations, there are unintended consequences that can limit and, in some cases, undermine growth. Leaders seeking growth acquire organizations that they believe will be a good strategic fit. Once the acquisition is done, they often leave it up to ‘management’ to do the ‘easy’ part – that is to fit all the pieces together.

This is where things begin to break down.

While leadership is off looking for the next acquisitions, management often struggles to integrate an outside company into their own. A different culture, different processes, computer systems that will not speak to one another, … it’s a mess.

Most of us hate reading instructions. After all, putting together Legos is easy! But putting two different companies together, regardless of their respective size and how much leadership talks about their similarities, is not so easy. Mergers can be like forcing a round peg into a square hole … without instructions. For most merging organizations, the difference between synergy and the chaos of mismatched technology and culture clash are the closed door conversations about ‘… who do they think they are?’

As we help clients create alignment after mergers and acquisition, there are some common themes. In terms of lessons learned, almost all of our clients who grow by acquisition reach several key tipping points. Regarding risk, these are the points where they either keep growing or stall. They are critical in that if too many stall, the organization can fall off the edge for good.

Alignment is the antidote to change fatigue and it turns the risk of failing mergers upside-down.

If you are sitting in Human Resources, it may seem that much of this is not ‘HRish.’ We have found that the most cutting -edge CHRO’s are playing an increasingly strategic role asking these questions and leading the organization to address these, particularly in volatile, uncertain, complex and ambiguous environments that mergers create. That is the new normal.

Want to talk about moving past the tipping points to ensure successful integration? Call us, it’s what we do.