The Shocking Truth About Faith In The Workplace 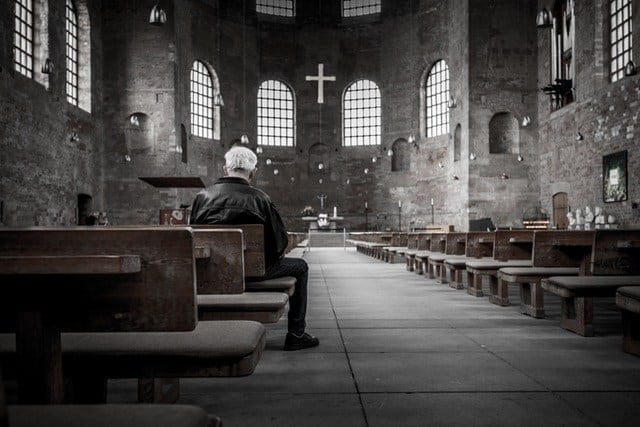 Uh oh. The topic everyone avoids in the work place. I did too until I realized how important it is to great leadership. Leadership is hard. It is lonely at the top and anyone who leads others gets stuck in difficult situations from time to time. It’s what leaders sign up for when they step up to the challenge of leadership. The willingness, ability and resilience to stand in those difficult situations and come back for more is why we cannot all be great leaders. As I’ve studied leadership, one thing I’ve learned stands out. It is difficult to stand up (or take an unpopular stand) when you don’t know what you are standing on.

I had a boss once who liked to say that, ‘If you’re not risking your career every day, you’re risking your career.’ How (or why) in the world would anyone be willing to risk their career without the faith that either they are going to make the right decision every time or that they are going to be ok when they screw up. That might mean faith in themselves and their abilities, it might mean faith that their boss has their back or that they are marketable enough to find another job. Perhaps it might mean that a higher power will take care of them when there’s nowhere else to turn. For most of us, it might be a bit of all of these, but here’s what I know: I know you’ve got to know what it is for you. I say this because only knowing what is ultimately true for you will sustain you when it’s all you’ve got.

So this isn’t about my faith being ‘right’ and me trying to convince you that what I believe is true for you. Whenever any group decides they have a monopoly on the truth, throughout history, that’s generally when wars break out. Think about that for a minute. It is also the reason people avoid this topic at work like the plague. No one really likes to be convinced of anything.

That said, I am certain beyond doubt, what is true for me. I also know that single fact is what has given me the resilience to thrive in face of nine major life events in the past 10 years and it can help you too. If you are a leader looking to build resilience, reduce stress and have more confidence to take risks and stand up in the face of all kinds of resistance, you need to know what is true for you.

Let me just put it out there: I have a very strong faith in God. At this point, about half of you have stopped reading. I realize that. My challenge to the rest of you is to hang with me. I won’t try to convert you to anything other than an understanding of why that kind of clarity is important, regardless of whether you believe in my God, Buddha, Mohammed, the universe or your rabbit foot key chain. The point is that you need to know without a shadow of a doubt what that is and it needs to be strong and solid enough to support you when you need to step out on it all alone.

In 2009, my business failed. You may recall that no one was buying leadership workshops then. I had partnered with a company that was adamant that I NOT sell consulting, but instead focus on training. It was a hard lesson in meeting the market where they are and believe me, they were not into leadership development in the midst of a recession. I made $1000 that year. Thankfully, I had savings, but it wasn’t enough. As I fought to reclaim my business, I hit the bottom of my checking account several times. In spite of that, I never felt fear. This allowed me to make good decisions from a healthy place and negotiate from a place of strength when I finally had to go out of business and take a job offer. I knew, beyond a shadow of a doubt, that the God in whom I placed my trust would provide. And he did – over and over. First it was an offer to buy a boat that was too the dollar, the amount of a car repair I couldn’t afford. Then it was a lawsuit that settled unexpectedly and kept me afloat for a few months. Then it was a car I had had listed for months – out of nowhere it sold for the asking price. Every single time I hit rock bottom, God was there. Because of my faith, I was able to thrive when all else failed.

Some say that faith in yourself is enough. But is there anyone who has never doubted themselves or their decisions when nothing seems to go your way? When I was water-skiing competitively, I moved to Florida to train with elite slalom coach, Chet Raley. At the time, I was young and arrogant and didn’t think I needed help from anyone, much less a higher power. I was also floundering. Let’s be honest, I was off the rails. One morning, Chet and I got to the lake in time to watch the sunrise and as we did, he asked me if I believed in God. When I said yes, he asked, ‘Do you believe or do you know?’ I muttered something about how you can never really know…faith is all about what we can’t really know. Chet looked me square in the eye and said, ‘I know.’ He was dead serious. He knew what was true for him beyond a shadow of a doubt. He was also one of the smartest teachers and greatest mentors I’ve ever met. It has been over 10 years since I’ve seen or spoken to Chet and not a day goes by that I don’t live by what he taught me in a couple months of water-ski training.

Knowing, not merely believing, means getting clear on what or who it is that you will hand the wheel to, when you know you cannot drive on your own strength. What or who is it for you?